The New York Times has an interesting piece on the modern use of maps:

"THE road map today is mostly virtual — an electronic image on a screen, at home or in the car, provided by Mapquest or a built-in satellite navigation system."

"The new digital equipment for mapping provides technical challenges, especially for those old enough to remember paper grasped in fleshy digits. But in at least one respect, the new stuff is easier to use: few motorists ever mastered the secret of correctly refolding a road map."
Posted by David at Friday, November 17, 2006 1 comment: 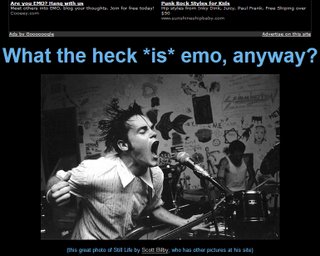 The panel session announcement below was in my inbox today.... While Dark Tourism is a concept that I have known about for several years, the idea that there is an annual academic conference on "Evil and Human Wickedness" kind of threw me for a loop.

Ground Zero, Katrina Tours, Chernobyl Tours, Favela Tours – tragedy and poverty attract more and more tourists, especially those seeking “ethical” or “authentic” experiences. The aim of this panel is to gather scholars from different disciplines who have as their main object of investigation these so-called reality tours. We are particularly interested on discussing how human misery, understood on its broader sense, is commercialized on various kinds of tourist experiences, therefore relating reflections on these phenomena to issues of Western contemporary moralities.
=======

I personally find Dark Tourism an interesting topic, which is why I subscribe to the Dark Tourism research email list, on which this announcement was posted. At the same time, I have not liked going scary movies since high school and I generally avoid the dark tourism's most morbid attractions -- which I find too depressing. There is, I think, a range of degrees of darkness. It is an edge phenomenon -- some people like to go close to the edge for the thrill, and a few people go over the edge into the depths of "evil and human wickedness."

This conference is put on by the American Political Science Association, not by tourism academics. Topics that are liste on the conference website include:
Sounds more like sociology and psychology than political science -- but I guess that is the nature of contemporary social sciences. Like the concept of Dark Tourism, I wonder what kind of people are attacted to a conference like this? Goths? Emos? Nazis? Closet goths, emos or nazis? Old/Retired goths, emos, and nazis? I don't mean to insult anyone, but this is the edge again, that we are talking about. Since I was part-jock, part-hippy in high school, I would guess that they are probably not like me. But then who can tell with a closet emo?
Posted by The Travel Geographer at Thursday, November 09, 2006 No comments:

This is the start of a new Collaborative Blog on the topic of Tourism and Geography. The focus is on topics and commentaries that are primarily of interest to those who do research on the topic of tourism from a geographic perspective. The geographic perspective provdes a focus on topics that relate to (1) place development and experience, (2) the movement of people, ideas and things through geographic space, and (3) the relationship between the human and physical world. Since I consider most of tourism to be geographically based, this blog can potentially encompasses a broad range of interdisciplinary research topics and interests from across the social sciences, physical sciences and business fields of study. Anyone who has an interest in these topics can contribute to this blog by simply contacting me at TravelGeographer@gmail.com.
Posted by The Travel Geographer at Sunday, October 29, 2006 5 comments: